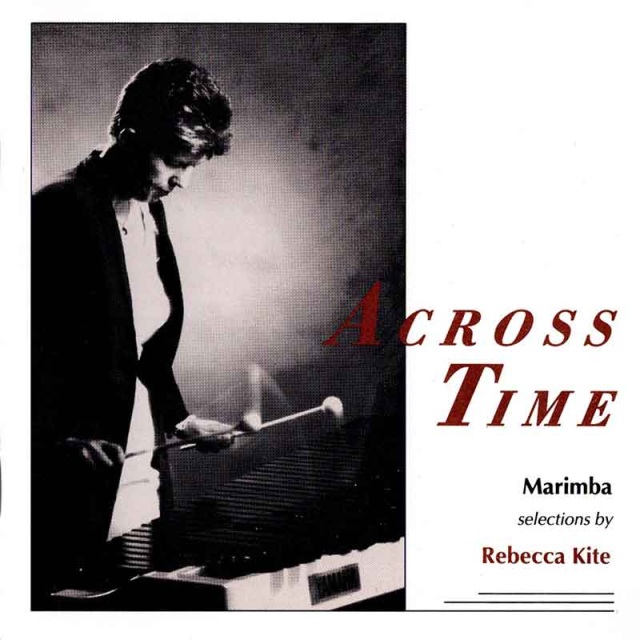 "Rebecca Kite is a fine performer with an impressive technique, a good deal of musical sense, and the ability to exploit all of the nuances of the marimba." Richard Burke, Fanfare Magazine

Classical music from the Renaissance, Baroque, Classical and Contemporary musical eras played on the concert marimba.

“When I unpacked and set up my five octave marimba on Christmas Eve in 1985 (a Yamaha YM6000 - Serial #10!) I was overwhelmed with its incredible responsiveness and musical possibilities! I realized immediately that I was starting a journey of musical discovery to explore the musical potential of this instrument. Over the next years, I experimented with techniques, mallets, repertoire and most intensely, with musical color, voicings and phrasings. The pieces I recorded on Across Time are the compositions that learned and performed with this beautiful instrument in my journey to develop my own musical voice.” Rebecca Kite

Variations on a Theme of Handel - Mauro Giuliani

Memories of the Seashore - Keiko Abe