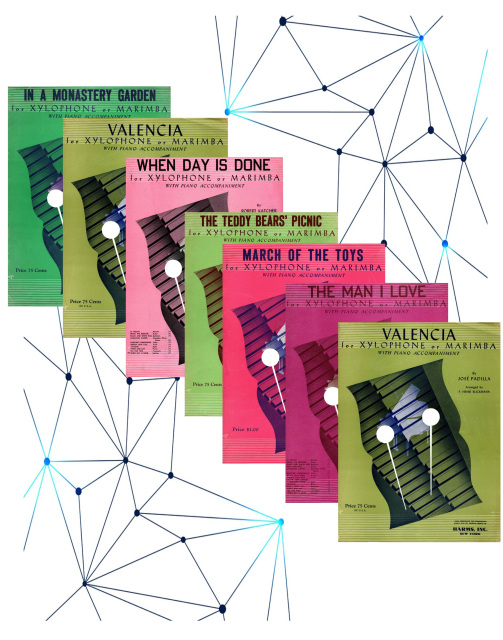 F. Henri Klickmann is not a well-known name, but his musical arrangements were popular in the early part of the 1900’s. He also edited various books by Buddy Rich and Tommy Dorsey.

This is a collection of seven (7) Xylophone or Marimba solos with Piano Accompaniment. These will make wonderful jury pieces, recital pieces, or repertoire for performances in public venues. These solos are both challenging and fun!

In a Monastery Garden by Albert Ketelbey, In an Eighteenth Century Drawing Room by Raymond Scott, March of the Toys by Victor Herbert, The Man I Love by George Gershwin, The Teddy Bears’ Picnic by John Bratton, Valencia by José Padilla, and When Day is Done by Robert Katcher

Like all of VAP Media's Digital Library offerings, the book was scanned at very high resolution, straightened, and meticulously edited to remove marks and dust.