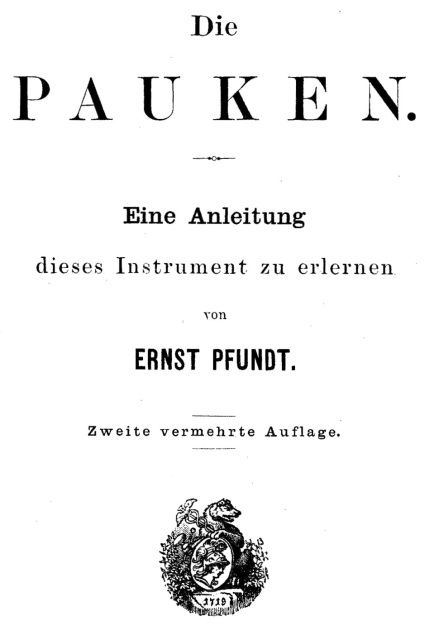 Die Pauken, by Ernst Pfundt was originally published in 1849, is again available through VAP Media's Digital Bookshelf. This scan is from the second edition of 1880.

Die Pauken is offered in the original German language and has been OCR'd in that language. Pfundt was considered a virtuoso in his time, and one fo the designers responsible for making critical improvements to the Einbigler instruments. This book is considered to be one of the most important historical documents on the instrument.

Once purchased, you'll receive an email with a special download code good for three days. Like all of VAP Media's Digital Library offerings, the book was scanned at high resolution, straightened, cleaned up, and passed through state-of-the-art optical character reading software so that the text is searchable! 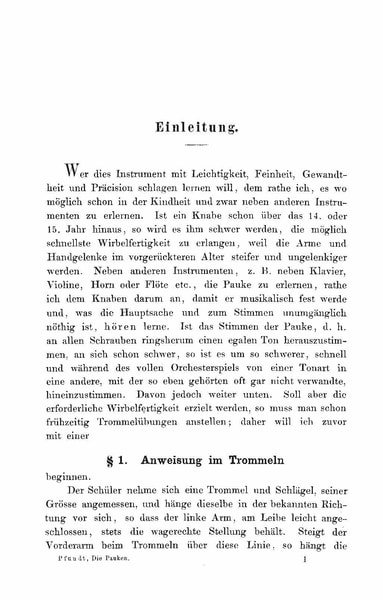